Frequently noted by critics for his creative programming and bold interpretations, founding Pacific Chamber Orchestra (PCO) Music Director and Conductor Lawrence Kohl was awarded special recognition in 2016 by the Cultural Arts Commission of Contra Costa County for his contribution to the arts. Kohl’s creative work led to the marketing firm AKQA receiving a Silver Lion award from the 2013 Cannes Lions International Festival of Creativity.  Kohl was chosen to premier a new work for the 60th Anniversary of the United Nations held at Grace Cathedral in San Francisco.

A consummate clarinetist, Kohl has performed chamber music internationally, toured with the San Francisco Symphony and was awarded a rare bass-clarinet fellowship at the Aspen Music Festival. 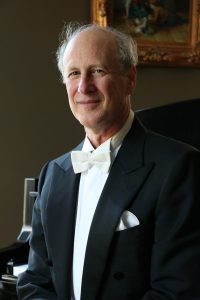 “Kohl gave just the right balance between public rhetoric and intimate delicacy.” “The magnificence of the performance was memorizing.”  “The orchestra was led with so much talent and enthusiasm by the ebullient Lawrence Kohl.” Kohl painted with bright bold colors.” 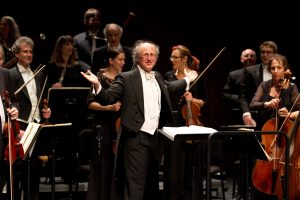 Debussy Afternoon of a Faun

Please go to Pacific Chamber Orchestra for updates and news. Due to Covid19 while all current performances have been postponed, plans are currently being developed for the 20-21 concert season. PCO will be back stronger than ever. Stay tuned!